Top district in London: the 5 favourites

London’s districts have something in common with the people that live within them: they’re all unique. One person’s east London hipster heaven might be another’s idea of hell. Equally, a chic west London life is not everybody’s cup of tea. It’s these wonderful differences that make places and people unique – and makes choosing the top district in London to live an impossible task. Then there’s also a little thing called your budget – one man’s Mayfair is another man’s Croydon.

Thankfully, the kind people at The Sunday Times have considered everything from house prices, jobs and schools to the commute, community spirit and crime rate to compile their list of top districts to live in London. So, here we go – in no particular order of course (well, alphabetical actually): 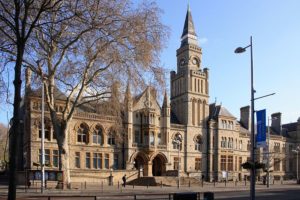 Ealing’s soubriquet says it all about this west London gem: ‘The Queen of Suburbs’. And while much has changed since Ealing’s borough surveyor, Charles Jones, first coined the term in 1902, the area still retains many of the attributes that inspired it: excellent railway facilities connect it to central London, stylish houses – now period homes – of all sizes line its streets and a plentiful supply of excellent schools serve the local area.

Average rental price of a two-bed property per week: £418 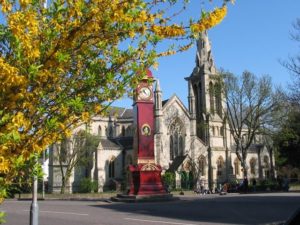 This leafy oasis is close to, but not right in the middle of the action. Instead, it’s happy for its more boisterous neighbours to shout louder and take the limelight, while it quietly goes about its business; preferring to let Highbury Fields – one of the loveliest residential squares in London – grand period homes and a mouth-watering collection of restaurants do all the talking.

Average rental price of a two-bed property per week: £428

This village-like London suburb is the perfect place to sidestep the disadvantages of family life in the capital without leaving. Who cares there isn’t a tube stop when you have two tiptop secondary schools, a generous helping of green space, all the shops you need and three railway stations on the doorstep of your grand Victorian house?

Average rental price of a two-bed property per week: £386

While other parts of south London have had their cutting-edge dulled by gentrification, Peckham remains as sharp as ever. Rye Lane is a multicultural hive of activity and the beating heart of what is one of London’s coolest neighbourhoods. Turn off the high street and Peckham’s creative undercurrent quickly bubbles to the surface amongst the railway arches and looming warehouses. You will also discover the fine Victorian housing stock that lines quiet residential streets away from the action.

Average rental price of a two-bed property per week: £367

The go-to spot for the upwardly mobile millennial, Walthamstow has been affectionately rebranded “Awesomestow” by its new residents – and it’s easy to see why: its cheaper – for London – property prices and good transport links – it’s at the end of the Victoria line – tick a lot of boxes for people of a certain age. And did you know it’s home to the longest street market in Europe from Tuesday to Saturday?

Average rental price of a two-bed property per week: £375

Get help from the experts (this is not a district) 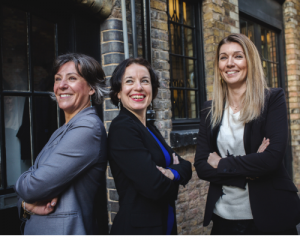 Finding somewhere to live that meets your personal requirements will be a top priority.

The first step to getting this right is choosing which top district in London you want to live in. Simply London’s housing experts will work with you to define and understand your specific search criteria – from budget and schools to the commute and access to amenities – before selecting suitable areas for you to choose from. This will focus your search – giving you the best chance of laying down roots somewhere that’s right for you.