The Best Places to Live in London for LGBTQ+ Expats

So you identify as LGBTQ+ and you are considering or already planning a relocation to London. For people from all walks of life, moving countries is generally a big, scary step into the unknown. But fear not, we’re a relocation agency that has got you covered – especially if your biggest question is ‘what are the best places to live in London for LGBTQ+ expats?’!

The Best Places to Live in London for LGBTQ+ Expats

London is one of the most multicultural and tolerant cities in Europe and we have zero hesitation in excitedly recommending it to you. We were recently voted the 10th most gay-friendly city in the world by www.NomadicBoys.com. They also voted London the 3rd gayest city in Europe. Thanks, we’ll take that. And a little known fact is that we have the highest number of Grindr users out of any city in the world, so if you are a single LGBTQ+ expat relocating to London, you probably won’t be for long!

As a metropolis of the arts, business, and design, London has a long queer history with gay bars dating back to the 1700s and the Soho area which was reputedly the first gay district in Europe. London has also been home to countless internationally renowned gay icons including – Alan Turing, Oscar Wilde, Sir Elton John, George Michael, Boy George and Freddie Mercury to name but a few. All of whom pushed sexual boundaries and raised the profile of queer people in society, marching and protesting for what makes London one of the most exciting and inclusive destinations for LGBTQ+ people in the world. 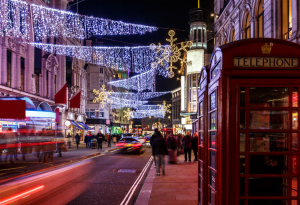 London is a city of 8m people and hundreds of different neighbourhoods, so how do you begin to find the best gaybourhood for you, the area to live where you’re going to be amongst the most likeminded people? You’re going to be fine in pretty much any neighbourhood in London, but some areas are going to be much closer to all the action than others.

Central London is the proud home of Soho and Old Compton Street, the slightly touristy hub of London’s queer life. Since the 1700s its queer venues – pubs, clubs, restaurants and theatre – have been the focal point of London’s LGBTQ+ community. With more gay bars than any other area in London, if you want to be in the historical epicentre of London’s queer scene, this is the place to come. Other interesting Central London LGBTQ landmarks are Gays the Word bookshop; Above the Stag, the UK’s only LGBT-centric theatre; and Heaven, the largest gay disco club in Europe which opened in 1979.

South London has a queer history that dates back as far as Soho’s with the area well known for its clubs, bars and saunas under the railway arches. Much has changed with the regeneration of the area but the standout areas are currently Vauxhall, Clapham, Kennington, and Peckham. From warehouse clubs to male and female only gyms, South London still has much to offer. On the South London cultural agenda is BFI Flare, London’s LGBTQ+ film festival, curating a whole roster of contemporary queer cinema – the biggest LGBTQ film festival in the world with often 100+ new films across several venues. And there’s the Royal Vauxhall Tavern, an iconic London LGBTQ+ cabaret, performance and club night destination, home to the most diverse line up of events, shows and performers in the UK. 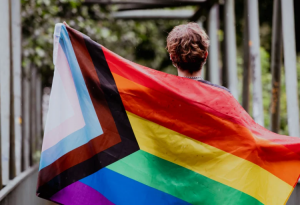 East London has long been the site of London’s creative scene and alternative cultures, and whilst its gentrification over the past few decades has made it a little more glamorous / sterile (with a larger dose of hipster homosexuals than before) there is still a great queer scene to be found – from bars and clubbing to drag shows and cabaret. Check out Haggerston, Dalston, Hoxton, Shoreditch and Bethnal Green. On the East London cultural agenda is Fringe! Queer Film & Arts Fest, flooding East London’s cinemas, art galleries, pop-up venues and basement clubs with the powerful, provocative and strange.

North London has historically been home to an eclectic group of creatives. From Hampstead, home to authors, actors and playwrights, to Camden, famous for its markets and fashion. One of the long standing LGBTQ highlights of North London are the swimming ponds on Hampstead Heath which include men only and women only ponds. Both have a vibrant gay community, particularly in the summer. 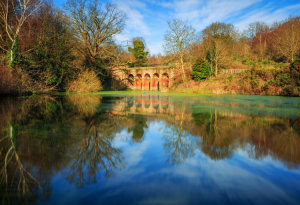 Before we finish our brief London gaybourhood introduction, the guys at CIA Landlords recently came up with an innovative approach to pinpointing the gayest area of London. They compiled a list of top areas by counting how many LGBTQ+ friendly flatshares there were in each borough on www.SpareRoom.com . Whilst flatshares are generally for those with a smaller budget than renters, it’s a fun way to find the areas of London where the flatshare LGBTQ+ community are choosing to live. Their top 10 of areas were – Waltham Forest (59); Lambeth (49); Hackney (48); Southwark (30); Islington (25); Newham (24); Tower Hamlets (16); Camden (10); Westminster (9); Greenwich (8).

We look forward to welcoming you onto the London LGBTQ+ scene!

Looking for some help for your move to London?

The Simply London relocation service is always tailored to the client’s specific needs and circumstances and the LGBTQ relocation service is no different. The breadth and depth of our team’s London knowledge and experience means that whether you are coming to live in London as a queer individual, gay family or employee we will hopefully be able to help you find the best location and home.

In our 10 years of doing business in London we have never encountered any issues or unfriendliness towards LGBTQ clients and we wouldn’t expect you to have issues if you choose to ‘go it alone’ in your search for a London home. Our service is purely about trying to find you the place to live where you’ll be safe, happiest and have the most fun!

Simply London partners with Jessica Drucker, a ‘destination marketer and strategist, helping queer folks relocate abroad’. Jess works out of New York and periodically presents to our team on her experiences and discoveries to keep us up to date with what’s going on in the LGBTQ relocation sphere globally.

We hope you found our article useful to prepare your London relocation adventure. And once you’ve had a read we hope you’ll give us a call! You can schedule one here, or read about our services for LGBTQ expats moving to London here.