Join the bohemian Primrose Hill set in this upmarket arty enclave, where protected views of London and pastel properties paint an enticing picture. 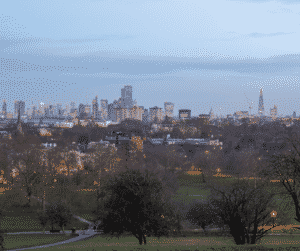 You’d be forgiven for assuming the epicentre of London’s arty edge lies squarely in the east of town. But one salubrious north London suburb earnt a reputation as an arty enclave long before the likes of Dalston and Shoreditch began attracting a bohemian crowd: Primrose Hill. Back in the Victorian era, the likes of illustrator Arthur Rackham, painter Duncan Grant and musician Henry Wood laid the area’s artistic foundations. By the 1990s, it found itself making tabloid headlines after “The Primrose Hill set” of emerging British actors and musicians chose to live their lives to the full there.

Today, Primrose Hill is best known for its protected views of London that rival anywhere in the capital and continue to attract celebrity homebuyers. The area’s heart lies along Regent’s Park Road, which proudly hums with independent shops, restaurants and cafes, while colourful houses line nearby stately crescents – and overlooking it all is the grand hill from which the area takes its name. 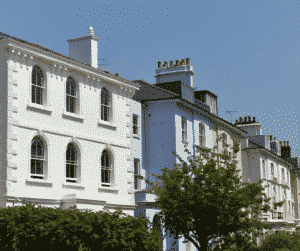 For such a small area, Primrose Hill is packed with spacious detached homes, semi-detached villas and terraces of Victorian stucco houses. Chalcot Square and Chalcot Cresent are two iconic London residential streets with their tradition of being painted in different pastel shades. 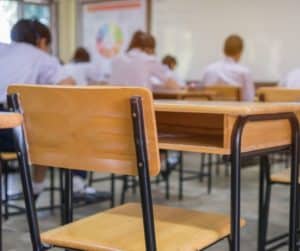 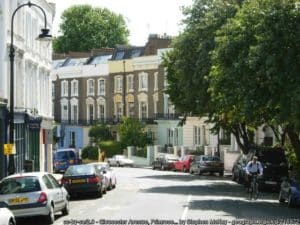