Crystal Palace: one of the truly high points of London

Crystal Palace is a residential area, south east of London and part of the London Borough of Bromley. The area was named after an enormous glass structure, ‘The Crystal Palace’, which was built for the Great Exhibition in Hyde Park, 1851 and then relocated near to Sydenham Hill, where it remained until 1936, when it tragically burnt down. The area sits about 8 miles from Central London and includes one of the highest points in London and therefore offers amazing views over the capital. Two television transmitter masts make the area a landmark location, and they can be seen from many parts of London.

Crystal Palace: one of the truly high points of London

Crystal Palace has become increasingly popular with families, young couples and professionals who can commute to London’s financial district within 20 minutes.

There’s plenty of green spaces including the huge and wonderful 200 acre Crystal Palace Park, https://www.bromley.gov.uk/crystalpalacepark right on the doorstep, (the home of the only Grade 1 listed dinosaur sculptures in the world!) however the area does have an urban feel to it, making it an attraction to first time buyers and young families. The area was actually voted the best place to live in London in 2016. The area at the top of the hill is known as the ‘Crystal Palace Triangle’ and is comprised of three streets. There’s an eclectic mix of restaurants, cafes, bars/pubs, interesting independent home interiors, retro, arts and crafts shops, and also a vintage/antiques and a Farmers’ Market in Haynes Lane.

Rail: At peak times, there are direct trains from Crystal Palace and Gipsy Hill stations to Victoria up to six times an hour and to London Bridge up to seven times an hour. There is also the Overground train line, which takes just 24 minutes to Canary Wharf (via Canada Water and the Jubilee line) and you can get to Highbury and Islington in 40 minutes. 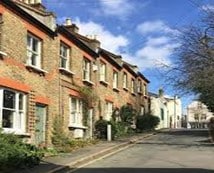 There are many impressive Victorian villas (some converted into flats) and Victorian terraced houses, alongside mid-war terraces and modern blocks of flats.

One of the reasons many families gravitate to Crystal Palace is because of the quality of primary and secondary schools.

Both primary and secondary schools are rated highly by Ofsted and are very popular.

If you are looking for independent schools, these include Dulwich Prep Cranbrook, Dulwich College, James Allen’s Girls’ School and Alleyn’s School. 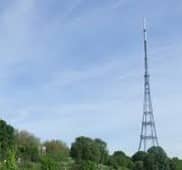