The 5 best neighbourhoods for graduates moving to London

This is one of the most exciting chapters in your life: you’re swapping the student dream for London to forge your way in the world of work – but where will you live? Join us as we explore five neighbourhoods that are popular with graduates for their location, energy and affordability.

The 5 best neighbourhoods for graduates moving to London

Moving to London after university is a rite of passage for UK graduates, as they swap provincial student life for full-time employment in one of the world’s truly exciting cities. Imagine doing the same but moving there from overseas: one minute you’re a student outside the UK, the next you’re climbing the professional ladder in London – and enjoying everything else it has to offer. Or perhaps you’re seeking to create a foundation for your career by enrolling on a postgrad course in London – either way, you’ll gain an enriching life experience as an overseas graduate.

You’ll have lots to organise before you can call London home – not least where to live. The area you end up living in will be largely dictated by your budget. So, here are five neighbourhoods close to the action, offices and universities that won’t break the bank. 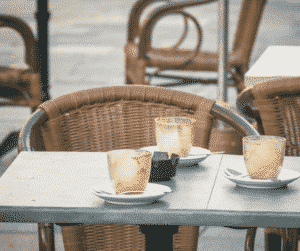 This hotspot at the northern end of the Victoria line has been affectionately dubbed “Awesomestow” by the army of young professionals that have moved there – and it’s easy to see why: excellent transport links, affordable rental prices and a vibrant social scene that’s been stoked by this influx of upwardly mobile millennials. Not many people in London can say they have a forest – that’s right not just a park but Epping Forest – up the road. And only the locals can claim to have the longest market in Europe on their doorstep. 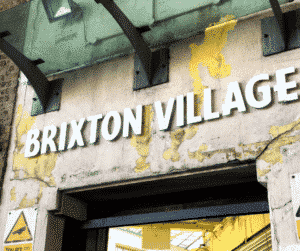 Gentrification – love it or hate it – has helped Brixton shake off its rough and ready reputation and evolve into an achingly cool and harmonious community. When you’re not at work or studying, you can browse the (indoor and outdoor) markets that have transformed the area into a foodie paradise or indulge in the area’s vibrant nightlife. Located at the other end of the Victoria line to Walthamstow, it has some of the best transport links south of the river too.

Perhaps the most iconic location in London for graduates, Clapham’s appeal is centred around the common and its lively high street. All it takes is a glimmer of sunshine and some mild weather to transform the vast common into a patchwork of social gatherings that’s akin to university campus life. And the transport links aren’t bad either: three Northern line stations (Clapham North, Clapham Common and Clapham South) whisk residents into the heart of London, and an Overground stop (Clapham High Street) connects the area to the east of town. 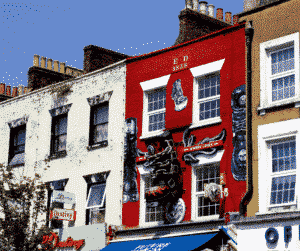 Camden has been a magnet for hip young things ever since it was indelibly linked with the birth of the punk counterculture in the 1970s. This provided the foundation for the area to build its reputation as London’s capital of the music scene: in the 90s it was the epicentre of Britpop and all things Cool Britannia, before becoming synonymous with its patron saint Amy Winehouse in the noughties. Today, the area is as dynamic as ever, with its enticing collection of bustling boozers, live music venues, lip-smacking restaurants, cool markets and attractive period homes. 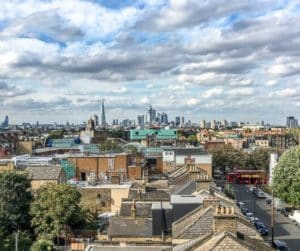 If you have a creative spirit but east London’s edgy areas are beyond your budget, Peckham is an affordable alternative. Rye Lane is the beating heart of south London’s coolest neighbourhood, where rickety shop fronts, hole in the wall kiosks and crowded arcades host the area’s multicultural melting pot of activity. Peckham’s creative heart lies in wait amongst the regenerated railway arches, looming warehouses and a former multi-storey car park. It might not have a tube stop, but its two stations – Peckham Rye and Queens Road Peckham – both combine Overground and National Rail services that whisk commuters to east London, London Bridge, Victoria, Blackfriars and St. Pancras.